The Smithsonian Astrophysical Observatory (SAO) was founded in 1890 under Smithsonian Secretary Samuel Pierpont Langley as a research bureau of the Smithsonian Institution. It began its tenure alongside other Smithsonian units on the Mall in Washington, D.C. with an early focus on solar research.

Research in Service of Knowledge

“An establishment for the increase and diffusion of knowledge." -James Smithson 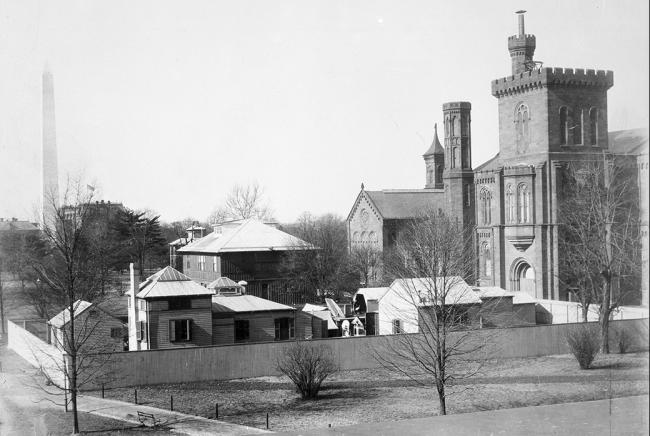 Smithsonian Astrophysical Observatory on the mall in Washington D.C.

The Smithsonian Astrophysical Observatory (SAO) is a research bureau of the Smithsonian Institution, which was created by Congress in 1846 to carry out the bequest of Englishman James Smithson to found “an establishment for the increase and diffusion of knowledge." As an independent trust establishment of the United States government, the Institution today conducts scientific and scholarly research, administers national collections, and provides public service, education, and outreach programs supported by Congressional appropriations, trust endowments and revenues, and private contracts, grants, and gifts.

Perhaps because James Smithson was a scientist, it was natural that he envisioned an institution for the "increase" as well as the "diffusion" of knowledge. Although Smithson's will did not specify a particular research focus, former President John Quincy Adams sought in 1838 to have Smithson's funds applied to the establishment of a national astronomical observatory, or what he called "a lighthouse of the skies." Other interests prevailed at that time, and the Institution became a diverse array of museums and laboratories.

It was not until 1890 that SAO was founded by Samuel Pierpont Langley, the Institution's third Secretary, primarily for studies of the Sun. Langley is remembered today as an aeronautical pioneer, but he was trained as an astronomer and was the first American scientist to perceive "astrophysics" as a distinct field. Langley invented the bolometer and studied infrared radiation from the Sun. He foreshadowed modern concerns about climate change by searching for links between solar and terrestrial phenomena.

SAO was originally housed in a shed behind the Smithsonian Institution Building, or the Castle. But in 1955, SAO moved from Washington, D.C., to Cambridge, Massachusetts, to affiliate with the Harvard College Observatory and to expand its staff, facilities, and, most importantly, its scientific scope. Fred Whipple, the first director of SAO in this new era, accepted a national challenge to create a worldwide satellite-tracking network, a decision that would establish SAO as a pioneer―and leader―in space science research. In 1973, the ties between Smithsonian and Harvard were strengthened and formalized by the creation of the joint Center for Astrophysics | Harvard & Smithsonian.

SAO's pioneering efforts in the development of orbiting observatories and large ground-based telescopes, the application of computers to astrophysical problems, and the integration of laboratory measurements, theoretical astrophysics, and observations across the electromagnetic spectrum have contributed much to unveiling the secrets of the universe. From measuring the slow drift of the Earth's continents to charting the recession of galaxies, SAO scientists remain dedicated to the increase of knowledge about those physical processes that shape the natural world, and to the diffusion of this knowledge to the scientific community, to teachers and students, and to the general public. 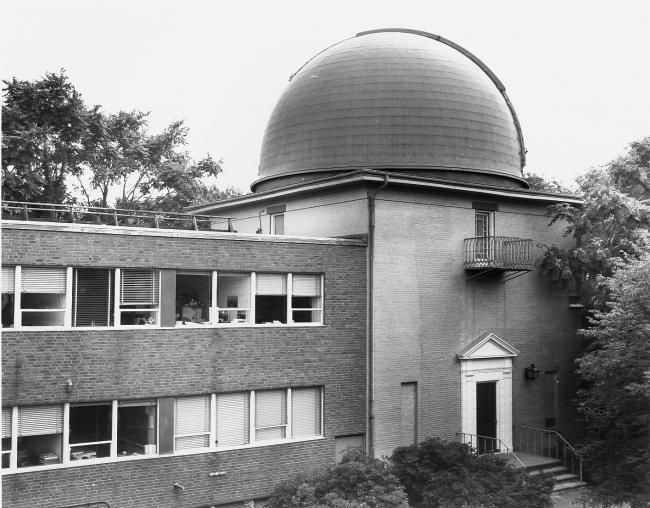 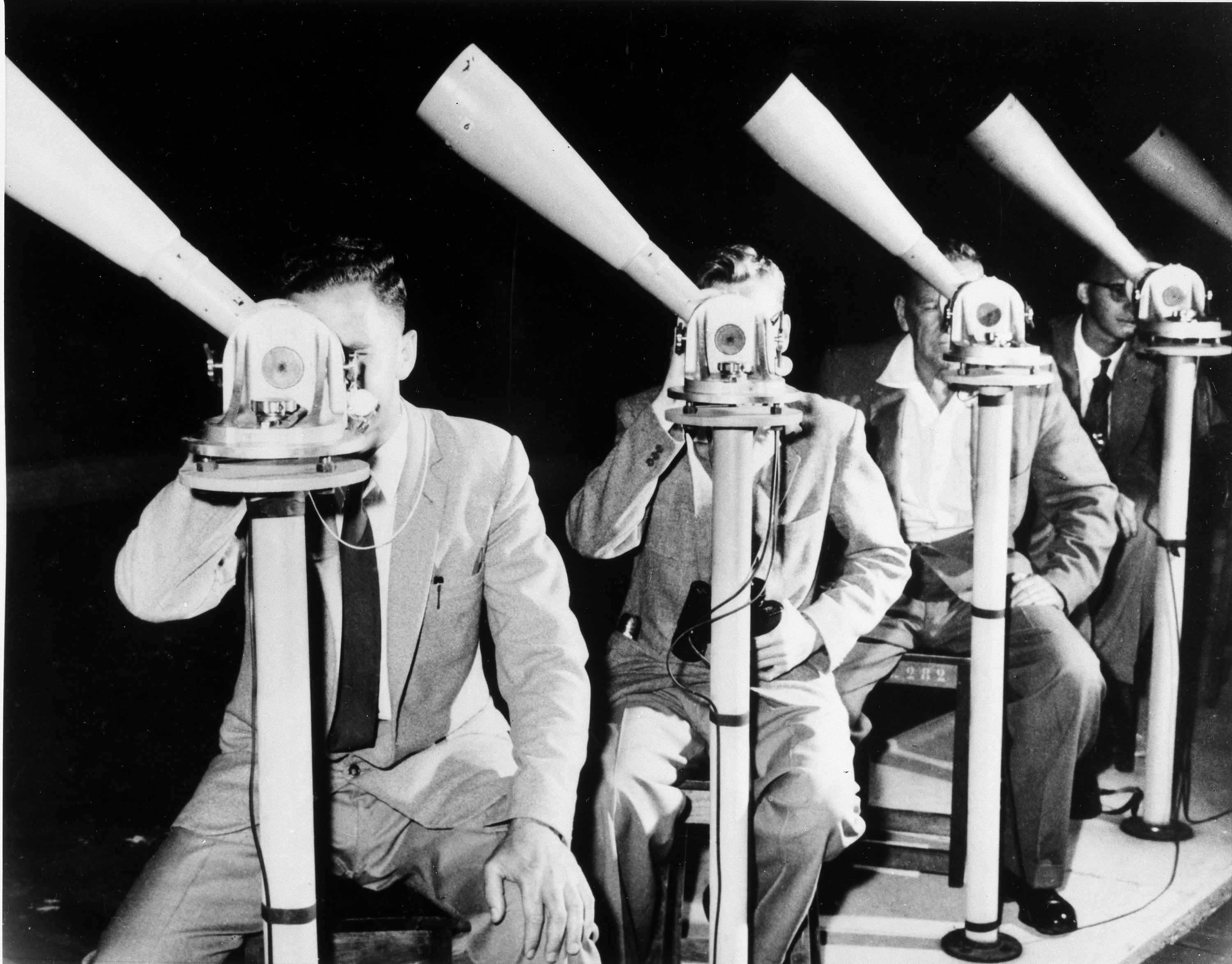 Volunteer satellite trackers in Pretoria, South Africa for the Smithsonian Astrophysical Observatory's Moonwatch Network, one of more than 100 teams worldwide in 1965. Volunteers used the "fence method" of observing the sky where each observer covered a small, overlapping portion of a specific sky quadrant, watching for the passage of the satellite in their telescope. 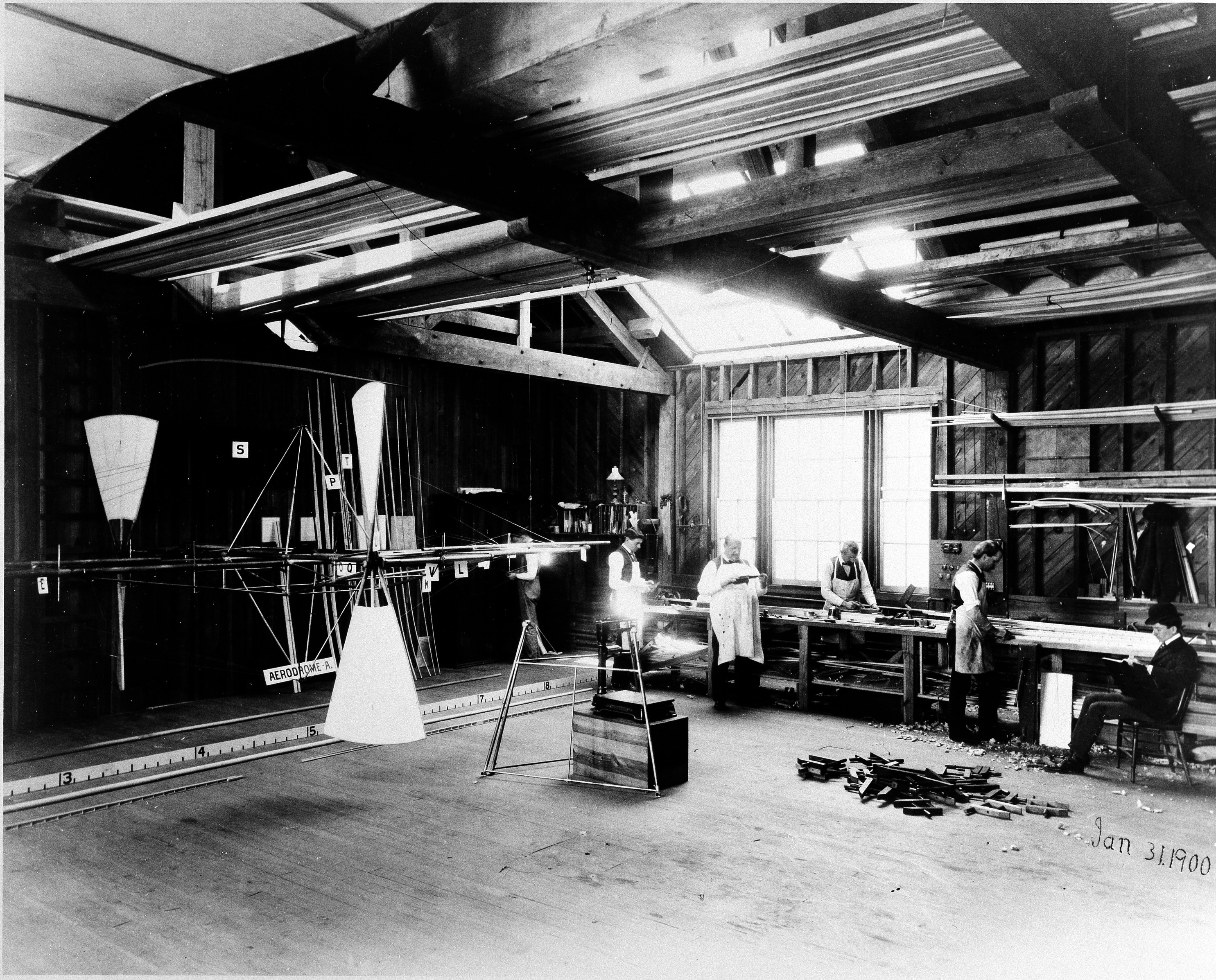 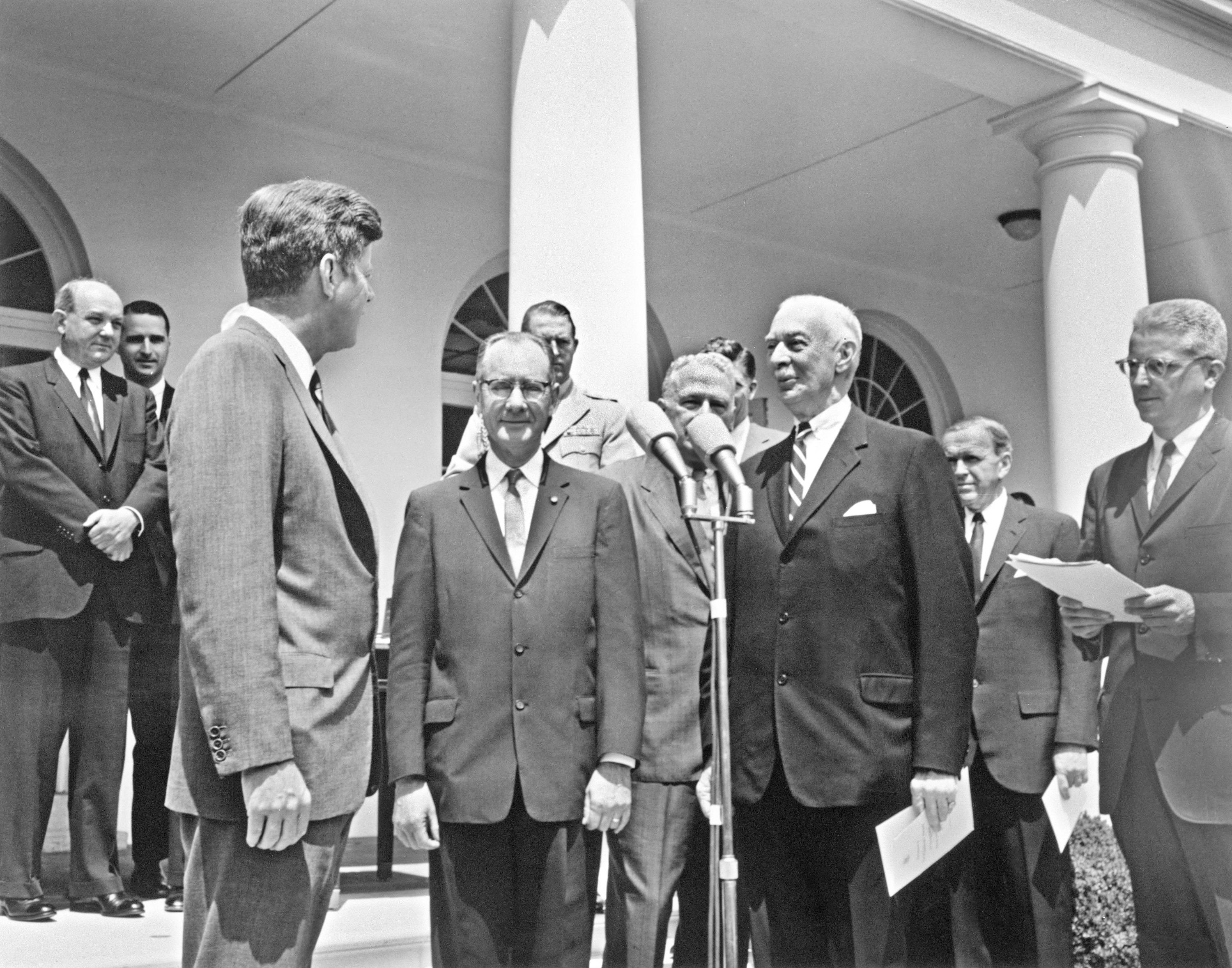 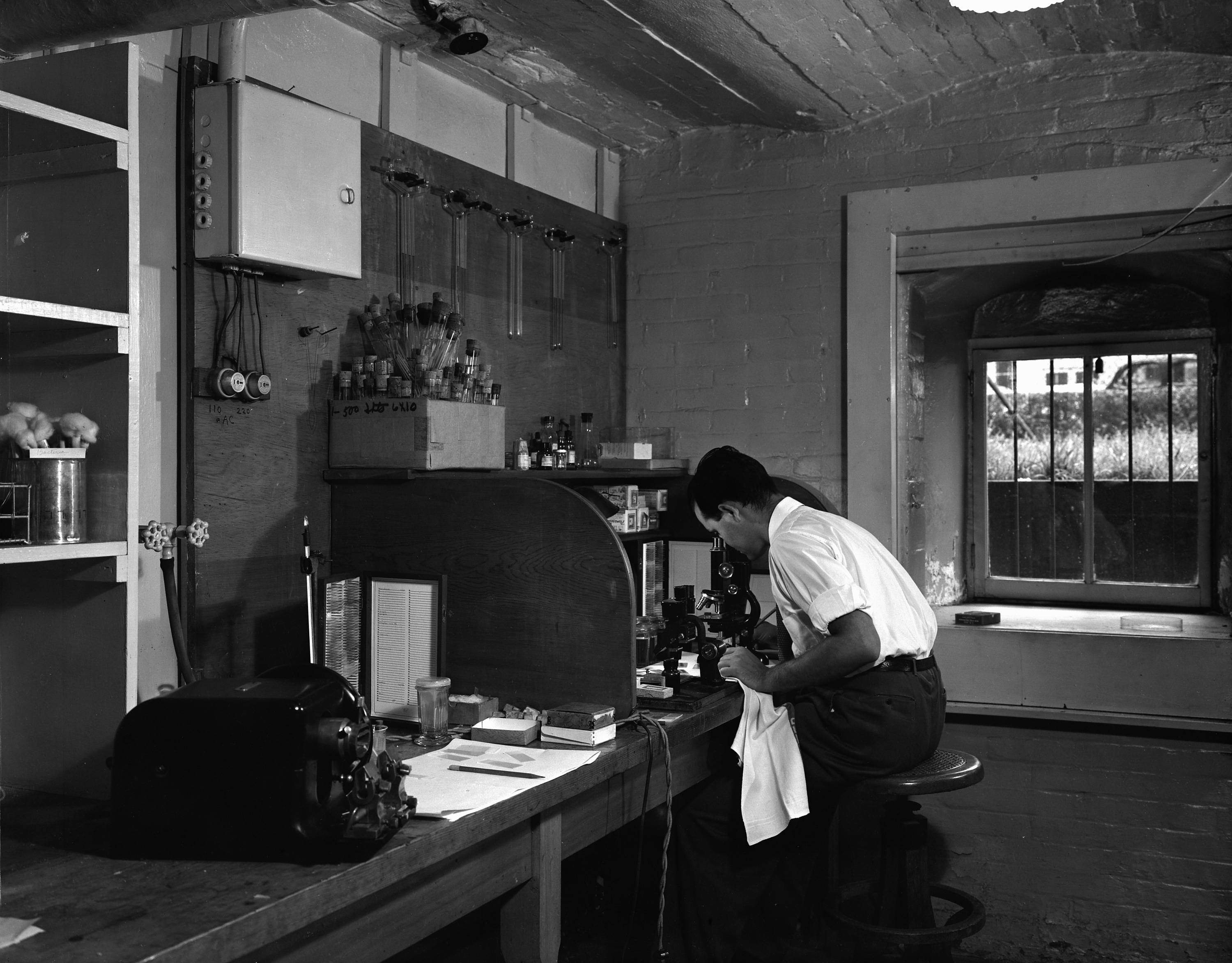 A corner of the Division of Radiation and Organisms laboratory, once housed within the SAO in the basement of the Smithsonian Institution Building. Smithsonian Secretary Charles Greeley Abbot established the division to investigate the effects of radiation upon living organisms, mainly plants. 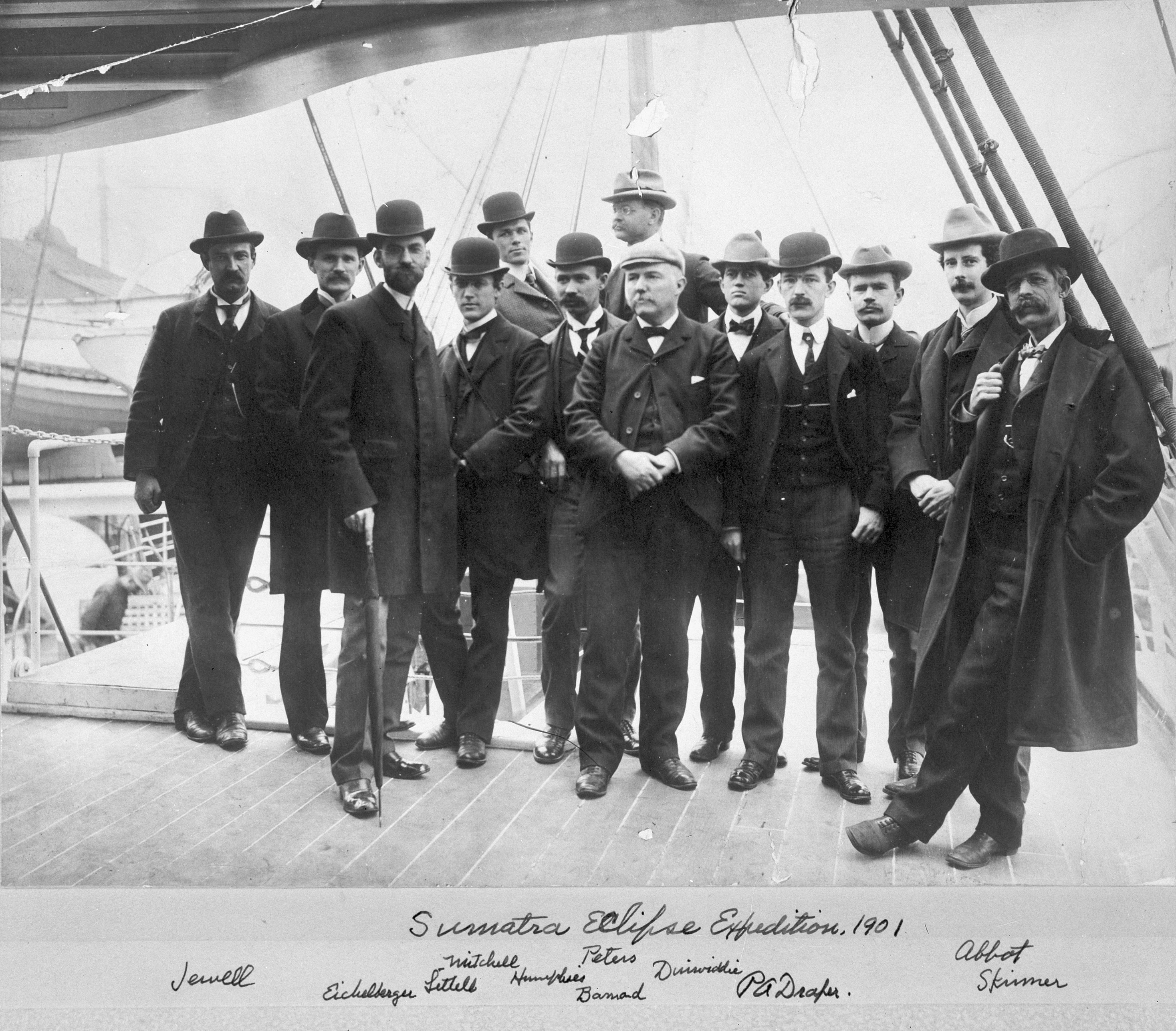 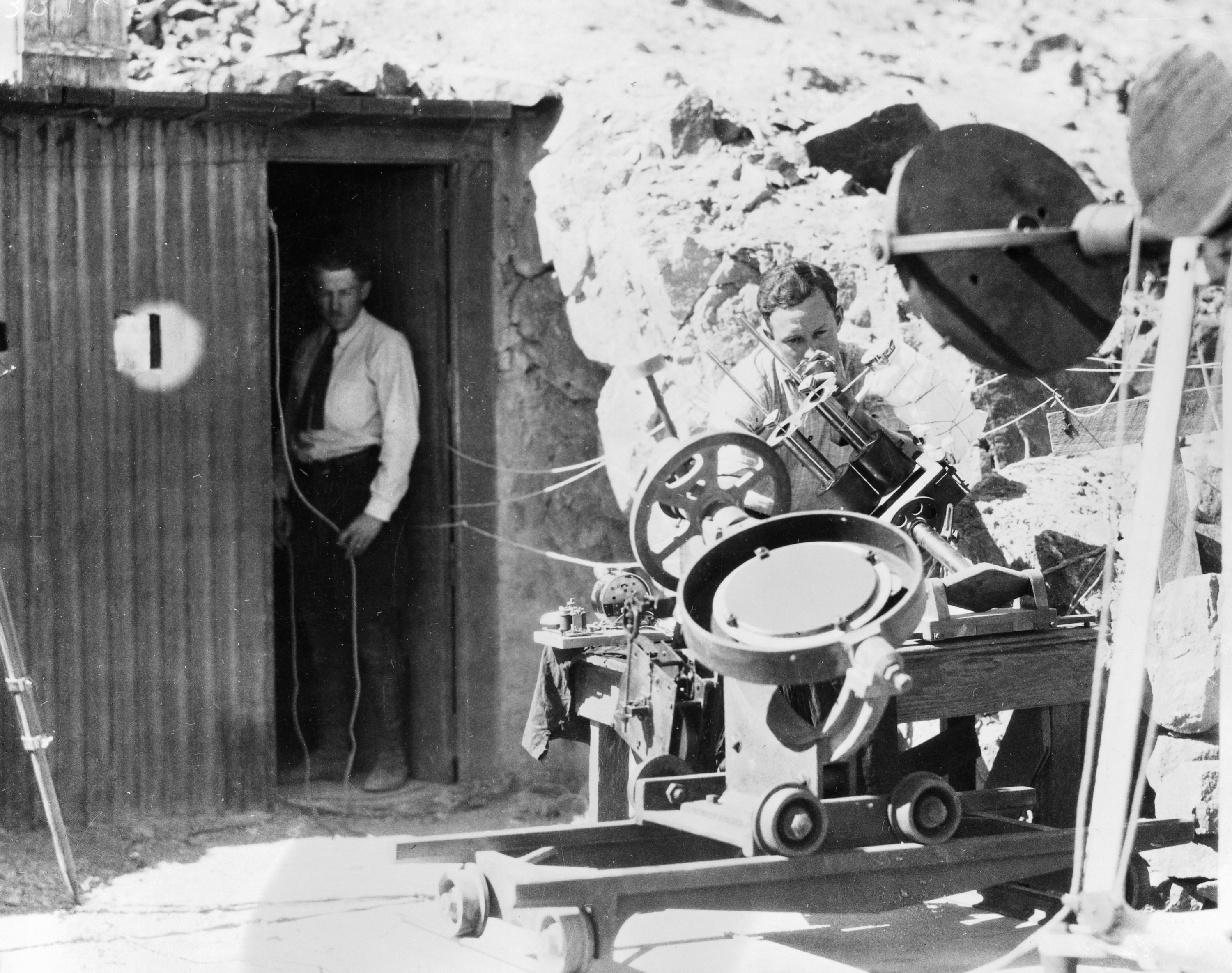