What conditions are necessary for life?

Knowing under what conditions life emerged on Earth will give us valuable insight into how and where it may have developed elsewhere in the universe.

On Earth, we find life everywhere we look, from the crushing depths of ocean trenches to boiling volcanic pools. But when we look to the Moon, the planets, or the stars, we don’t see the teeming ecosystems that we do here.

Life, as we know it today, exists in only one place: Earth. Why? What conditions led to life on Earth and what could those conditions teach us about the possibility of life elsewhere in the universe? 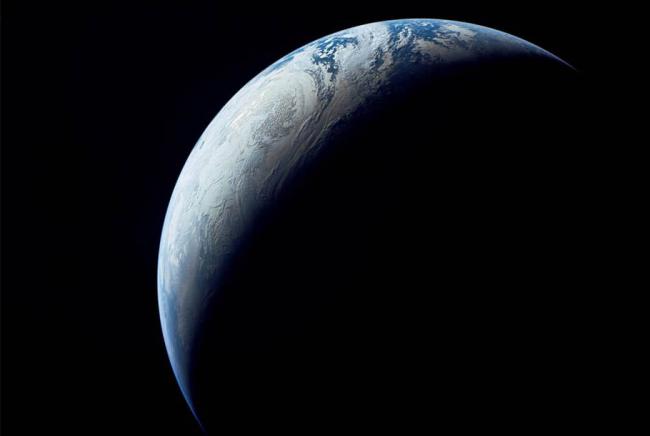 Earth as captured by a camera aboard the uncrewed Apollo 4 mission on November 9, 1967. The Atlantic Ocean, clouds, and Antarctic ice visible are hallmarks of the habitability of our home planet.

The exact blueprints for the development of life are not yet known. But by joining scientists from a broad range of scientific disciplines to form the Origins of Life Initiative, we are filling the gaps in each other’s knowledge. We are learning from our peers in different disciplines, forming fresh connections between fields, and putting our discoveries into new contexts.

Astronomers observe the cosmos with cutting edge technology, searching for fledgling solar systems. Young stars and protoplanets offer a snapshot of the environment in which Earth might have formed. By understanding a planet and its host star, we know how favorable, or inhospitable, a young world might be to life.

In the laboratory, astrochemists analyze the spectral signatures of the molecules necessary for life, and then look for those same patterns in young planetary systems. They uncover the origins of water and have discovered that half the water on Earth is older than the sun. 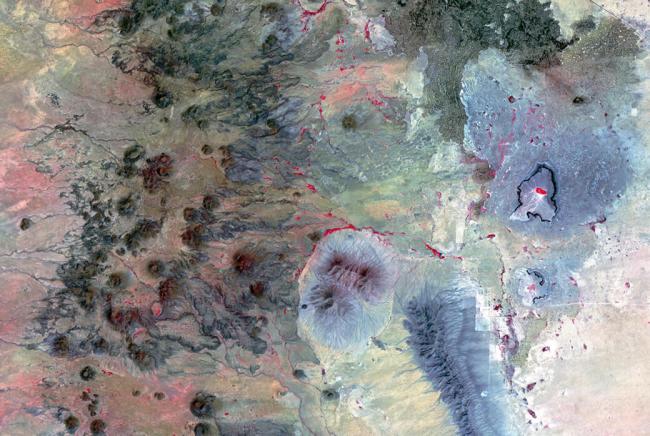 The Potrillo volcanic field in New Mexico as seen by the Terra observatory in 2002. Earth observatories like Terra help us understand the conditions for life on our planet and elsewhere in the cosmos.

We are constantly learning how our young planet shaped early life, and how that life, in turn, shaped the Earth. This means drawing from expertise in the astrophysics of star and planet formation, and the geology, geophysics, and atmospheric physics of planets.

Center for Astrophysics | Harvard & Smithsonian scientists and engineers are helping to answer one of the most profound questions facing humankind: What conditions are necessary for life?

First Detection of the Pre-Biotic Molecule Glycolonitrile in Space