The Sun’s outer atmosphere — its corona — is much hotter than its surface, which means some process is heating gas as it travels outward. COSIE is designed to look at the lower part of the corona, to track the giant storms known as coronal mass ejections (CMEs) as they form. CMEs involved strong magnetic fields and huge numbers of electrically charged particles, which can damage satellites and interfere with electrical systems on Earth, if our planet happens to be in the storm’s path.

As it is designed, COSIE will observe the Sun in EUV light, which is emitted by the hot gas in the corona. Uniquely among solar observatories, the telescope will be capable of studying the entire corona, mapping emissions from close in to the Sun, but also very far out from the surface where matter in the corona becomes the solar wind. This level of observing power will provide solar researchers with far better data on exactly how solar storms begin, and trace them as they develop. COSIE will carry two main instruments: an imager to track disturbances in the Sun’s atmosphere, and a spectrograph to measure the density of certain ions in the corona using the spectrum of light they emit.

EUV light doesn’t penetrate Earth’s atmosphere, so COSIE needs to be in space. The current plan is to place COSIE on the International Space Station (ISS). This is a cost-saving measure, as it doesn’t require building a new spacecraft to house it, but also enables researchers to get much more data from the instruments, due to the the ISS itself providing vital information about position, pointing, and other telemetry data that would have to be collected by a dedicated satellite. Mounting on the ISS would give COSIE 34 to 51 minutes of unobstructed view of the Sun on each 90-minute orbit around Earth, which is sufficient to detect the development of solar storms.

CfA scientists proposed COSIE to NASA in 2017, and it was selected as a promising project for further review. If ultimately selected, COSIE would have a two-year mission. 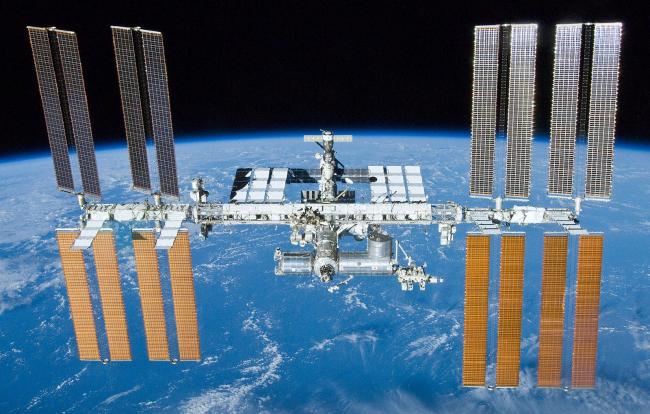 The proposed COSIE ultraviolet telescope will be attached to the International Space Station (ISS), seen here as it looked in 2010. If selected by NASA, COSIE will join a number of other scientific instruments installed on the ISS.