Delivering major new insights in the fight against climate change, the TEMPO mission will be a capstone to Kelly Chance's career, which has focused on advancing the power of spectroscopy to study Earth's atmosphere. 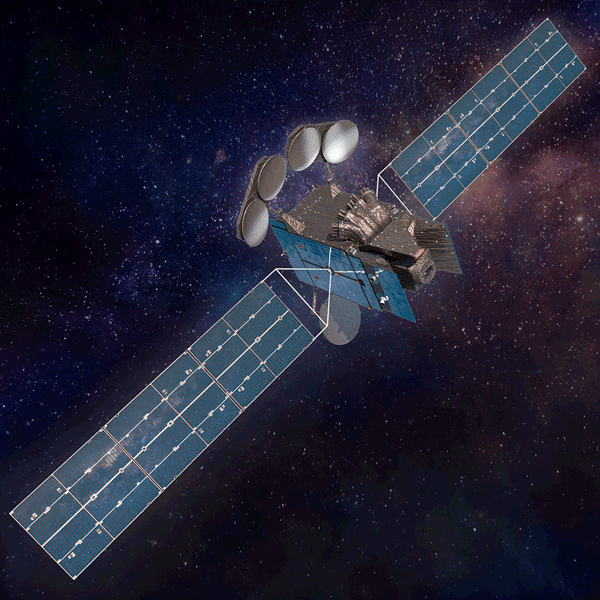 From the heyday of giant, sensor-toting balloons several decades ago to today's overhead fleet of multispectral Earth-observing satellites, atmospheric science has come a long way instrumentally. Kelly Chance, 75, a senior physicist at the Center for Astrophysics | Harvard & Smithsonian, has not only had a front-row seat to this progress, he has also been one of its prime movers.

With the upcoming launch of TEMPO (Tropospheric Emissions: Monitoring of Pollution) early next year, Chance and his colleagues will once again define the state-of-the-art in instrumentation for atmospheric science.

A NASA-funded mission, TEMPO will be the first space-borne instrument to measure air pollution across North America on an hourly basis and with resolution down to a mere four square miles — a tremendous advance over today's roughly 155-square-mile capability. This unprecedented temporal and spatial coverage is expected to revolutionize air quality forecasting, as well as deliver major new insights into numerous fields, including climate science and agriculture.

"With TEMPO, we don't measure the whole Earth like other instruments do. We instead measure our little part of the Earth, and we're able to do that all day long," says Chance, who serves as the principal investigator for TEMPO. "We'll also measure a much smaller footprint on the ground than ever before — a little bigger than the National Mall in Washington, D.C."

For Chance, TEMPO represents a culmination of a transformative career.

Chance was born in his family’s small town of Shamrock in the Texas Panhandle, then moved frequently throughout his early life, from Arizona and California to Virginia, Alabama and even Tokyo. He eventually moved to Massachusetts to attend Harvard University in the 1970s and pursued a graduate degree in physics and a PhD in chemical physics. Chance's abiding interest connecting these studies was spectroscopy — the science of how matter absorbs and emits electromagnetic radiation, or light. Breaking this light apart into a spectrum reveals characteristics of the matter involved due to telltale absorption and emission signatures imprinted by the matter's constituent molecules.

"Spectroscopy was a particularly strong interest of mine," says Chance. "I like seeing how molecules work." 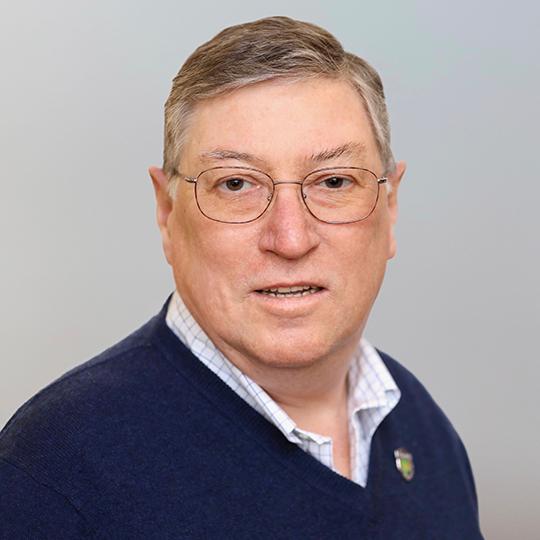 Kelly Chance, an astrophysicist at the Center for Astrophysics | Harvard & Smithsonian, is the PI of the TEMPO project.

For his postdoc, Chance had an opportunity to go right up the hill in Cambridge to the Smithsonian Astrophysical Observatory (SAO) and pursue instrument development for atmospheric science.

"In those days, it was scientific ballooning, where we would send balloons the size of Fenway Park up into the stratosphere," Chance recalls. He personally helped devise balloon-borne instruments that measured stratospheric chemistry starting about six miles above Earth.

As the work continued, though, Chance realized — thanks to his background in spectroscopy — that far more data could be wrung out of the air and at lower altitudes down into the troposphere, the bottommost layer of the atmosphere where nearly all weather takes place, and which accordingly has the greatest impact on human activity and wellbeing.

"We had brilliant people who knew how to build instruments and do the engineering, but we did not have professional spectroscopists," says Chance. "It turned out I knew how to measure things that other people didn't."

With colleagues in Germany, Chance proceeded to usher in a new era of atmosphere-probing instrumentation.

In 1985, he proposed an ambitious advancing of capabilities in space-based spectroscopy using ultraviolet and visible light. Observations of this kind could gauge the chemistry of the troposphere as never before. Two initial instruments that eventually flew included GOME and SCIAMACHY on European Space Agency satellites in 1995 and 2002, respectively. These instruments captured regulated air pollutants with harmful health effects such as ozone, which at ground level forms smog, as well as nitrogen dioxide and sulfur dioxide.

"Getting to newly measure this stuff through spectroscopy, it was like shooting fish in a barrel," Chance says.

TEMPO represents the next generation of the scientific endeavor, promising a deeper understanding of these critical pollutants' origins and their impacts on atmospheric chemistry.

Proposed in 2012 by Chance and colleagues, TEMPO is the first mission in NASA's low-cost Earth Venture-Instrument (EVI) program. Boulder, Colorado-based Ball Aerospace recently completed building the TEMPO instrument. About a cubic yard in size, or about washing machine-sized, TEMPO looks like a framework of metal tubes with "disc-shaped turntable on top," says Chance. That rotating section toggles through open, closed, and calibration positions, collecting light that pings upon a spectrometer. The whole instrument is presently undergoing integration and testing alongside other payloads aboard Intelsat 40e, a commercial communications satellite slated to launch in early 2023 aboard a SpaceX rocket. 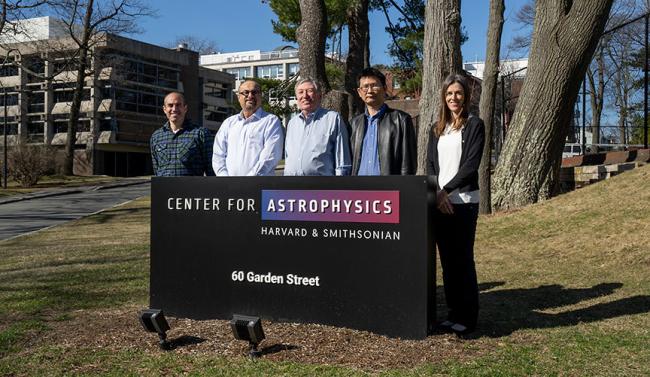 Once aloft, the satellite will assume a geostationary orbit, meaning the spacecraft will orbit the planet over a period equal to Earth's rotation. This orbital perch, some 22,000 miles up, will park TEMPO over the North American continent and grant a view from Mexico City up to the Canadian oil sands. Given this grand vista, the TEMPO collaboration includes science teams based in those countries, plus Cuba.

"We have a huge number of people who have proposed experiments and who are ready to get their hands on TEMPO data," says Chance. "TEMPO is satellite for all of us."

With its granularity of measurements in both time and space, TEMPO will offer many practical applications alongside fundamental science. One example is chemical weather forecasting, which involves alerting the public about poor air quality brought on by high levels of particulate matter, volatile organic compounds, nitrogen dioxide, and other unhealthy chemicals. Based on key new data from TEMPO, "we hope you'll be able to take out your smartphone and look at an app and ask, 'Can I run this morning'?" says Chance.

A tiny sampling of other areas TEMPO will address include the great swathes of humidity that can blanket cornland regions caused by corn "sweat," or evapotranspiration. These moisture plumes can exacerbate heat waves and trigger severe weather in Midwest cities.

Another scientific use of TEMPO is tracking so-called atmospheric rivers — concentrated corridors of moisture, such as the famous Pineapple Express that originates near Hawaii and flows to the West Coast. These airborne channels "can carry more water than the Amazon River," says Chance, and dramatically influence climatic desirables, such as snowpack, and undesirables such as flooding.

A close colleague of Chance's, named Michael Newchurch, likewise eagerly awaits TEMPO's inauguration. "TEMPO is the most comprehensive AQ [air quality] spaceborne mission ever flown," says Newchurch, a professor in the Atmospheric Science Department at The University of Alabama in Huntsville.

Newchurch points out that while TEMPO is the product of thousands of hours of work by hundreds of scientists, it took a unique talent like Chance to bring the mission together.

"Kelly is one of an extremely small number of people who could accomplish this mission," says Newchurch, citing Chance's scientific and managerial acumen. "Most members of the general public will have no idea of the complexity of this mission or of the extraordinary talent and dedication required to complete it, but they will certainly enjoy the fruits of Kelly's lifelong work."

Over his career, Chance has made sure to pass on his ken to the next generation of spectroscopists. One of these early-career researchers is Jenna Samra, an instrument scientist at the Center for Astrophysics. She first met Chance when taking his Spectroscopy and Radiative Transfer class back in 2014. Samra later worked with Chance around the time of finishing her PhD in 2018 on the emissions-tracking MethaneSAT project, for which Kelly had a senior role.

"I think Kelly truly enjoys answering questions and passing on his knowledge and expertise," says Samra. "The class that I took with Kelly back in 2014 showed me the power of spectroscopy and how challenging and rewarding it could be to develop spectroscopic instruments. That's what I've been doing ever since."

Many more budding scientists will surely cut their teeth on TEMPO's rich datasets starting in just a few months. TEMPO will be operated from the Harvard campus, the headquarters of the Center for Astrophysics, and its observations will funnel into a data center at the same location for analysis before placement in a NASA repository for any interested researchers to access.

While much labor has already gone into making TEMPO a reality, far more will be in store once the satellite assumes its watch over North America.

"It's not going to let up," says Chance. "I may work harder than I ever have in my life."