The Minor Planet Center is the internationally recognized clearinghouse for position measurements of small celestial bodies and helps watch the skies to keep our planet safe. 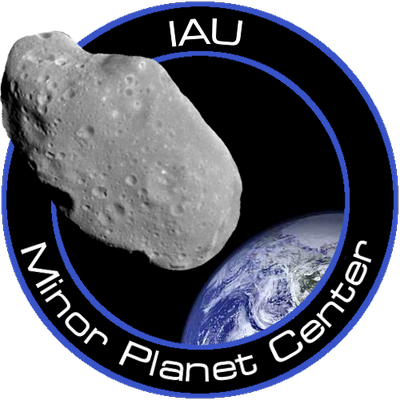 The Small Bodies Node (SBN) of NASA's Planetary Data System has named Matthew Payne director of the Minor Planet Center (MPC). Payne is currently acting director of the MPC and a scientist at the Center for Astrophysics | Harvard & Smithsonian.

Located at the Center for Astrophysics, the MPC is the world's only location for receipt and distribution of positional measurements of minor planets, comets and outer irregular natural satellites of the major planets. The MPC is responsible for the identification, designation and orbit computation for all of these objects. This involves maintaining the master files of observations and orbits, keeping track of the discoverer of each object and announcing discoveries to the rest of the world via electronic circulars and an extensive website.

Payne has served as acting director of the MPC since February 2021 and previously served as the MPC project scientist from 2018-2021. He has overseen several recent improvements in the MPC's operations, including the integration of a full helpdesk system, and has led automation and modernization efforts to optimize observational data processing in preparation for the next generation of surveys.

The MPC, operating under the auspices of the International Astronomical Union, is a functional sub-node of SBN and is funded by the Near-Earth Object Observations Program of NASA's Planetary Defense Coordination Office.