Most Milky Way Stars Are Single 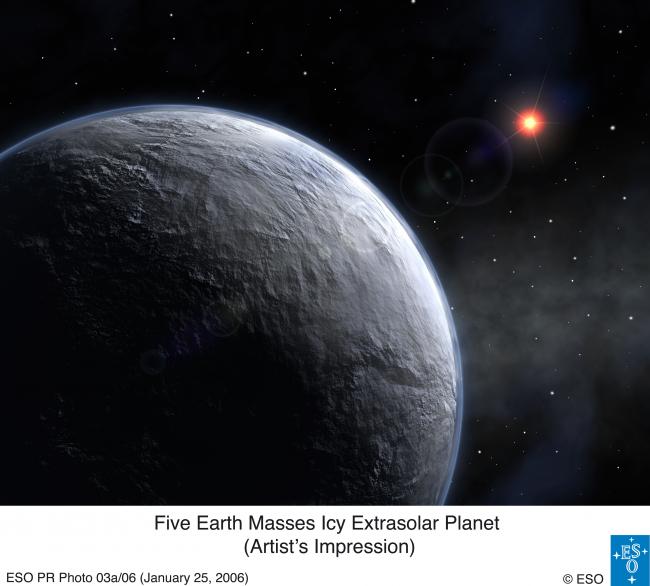 Common wisdom among astronomers holds that most star systems in the Milky Way are multiple, consisting of two or more stars in orbit around each other. Common wisdom is wrong. A new study by Charles Lada of the Harvard-Smithsonian Center for Astrophysics (CfA) demonstrates that most star systems are made up of single stars. Since planets probably are easier to form around single stars, planets also may be more common than previously suspected.

Astronomers have long known that massive, bright stars, including stars like the sun, are most often found to be in multiple star systems. This fact led to the notion that most stars in the universe are multiples. However, more recent studies targeted at low-mass stars have found that these fainter objects rarely occur in multiple systems. Astronomers have known for some time that such low-mass stars, also known as red dwarfs or M stars, are considerably more abundant in space than high-mass stars.

By combining these two facts, Lada came to the realization that most star systems in the Galaxy are composed of solitary red dwarfs.

"By assembling these pieces of the puzzle, the picture that emerged was the complete opposite of what most astronomers have believed," said Lada.

Among very massive stars, known as O- and B-type stars, 80 percent of the systems are thought to be multiple, but these very bright stars are exceedingly rare. Slightly more than half of all the fainter, sun-like stars are multiples. However, only about 25 percent of red dwarf stars have companions. Combined with the fact that about 85 percent of all stars that exist in the Milky Way are red dwarfs, the inescapable conclusion is that upwards of two-thirds of all star systems in the Galaxy consist of single, red dwarf stars.

The high frequency of lone stars suggests that most stars are single from the moment of their birth. If supported by further investigation, this finding may increase the overall applicability of theories that explain the formation of single, sun-like stars. Correspondingly, other star-formation theories that call for most or all stars to begin their lives in multiple-star systems may be less relevant than previously thought.

"It's certainly possible for binary star systems to 'dissolve' into two single stars through stellar encounters," said astronomer Frank Shu of National Tsing Hua University in Taiwan, who was not involved with this discovery. "However, suggesting that mechanism as the dominant method of single-star formation is unlikely to explain Lada's results."

Lada's finding implies that planets also may be more abundant than astronomers realized. Planet formation is difficult in binary star systems where gravitational forces disrupt protoplanetary disks. Although a few planets have been found in binaries, they must orbit far from a close binary pair, or hug one member of a wide binary system, in order to survive. Disks around single stars avoid gravitational disruption and therefore are more likely to form planets.

Interestingly, astronomers recently announced the discovery of a rocky planet only five times more massive than Earth. This is the closest to an Earth-size world yet found, and it is in orbit around a single red dwarf star.

"This new planet may just be the tip of the iceberg," said Lada. "Red dwarfs may be a fertile new hunting ground for finding planets, including ones similar in mass to the earth."

"There could be many planets around red dwarf stars," stated astronomer Dimitar Sasselov of CfA. "It's all in the numbers, and single red dwarfs clearly exist in great numbers."

"This discovery is particularly exciting because the habitable zone for these stars - the region where a planet would be the right temperature for liquid water - is close to the star. Planets that are close to their stars are easier to find. The first truly Earth-like planet we discover might be a world orbiting a red dwarf," added Sasselov.

This research has been submitted to The Astrophysical Journal Letters for publication and is available online at http://arxiv.org/abs/astro-ph/0601375.