Using data from a space-based air pollution instrument, teens will track air quality in their very own neighborhoods. 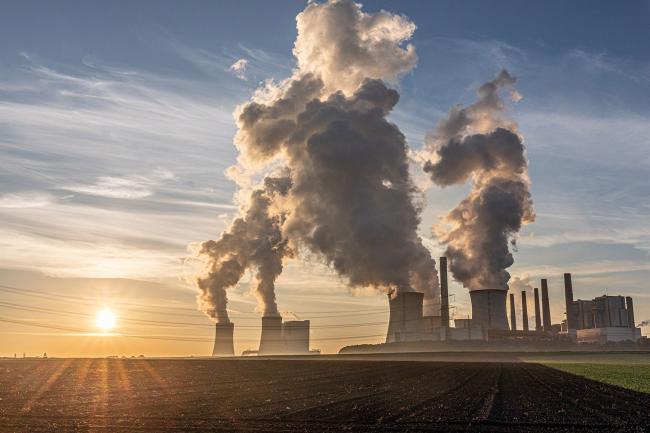 Early next year, the TEMPO instrument will launch into space — offering a never-before-seen, comprehensive view of air pollution across North America.

TEMPO, short for Tropospheric Emissions: Monitoring of Pollution, will provide scientists with a range of data on dozens of air pollutants, including ozone, nitrogen dioxide, formaldehyde and sulfur dioxide. The instrument will scan the continent hourly, allowing scientists to hone in on wildfires, volcanic eruptions and even severe vehicle traffic to determine how certain events affect air quality.

Now, teens will have a chance to work with the exciting new data, too, thanks to a grant from the Smithsonian's Together We Thrive Initiative.

Led by Erika Wright, an education specialist at the Center for Astrophysics | Harvard & Smithsonian, the program will engage middle and high school students from low-income urban and rural communities to spur interest in air quality and the sciences.

"Young people have the passion and potential to make this world a better place for us all," says Wright. "Through access to real scientific data, we hope to empower teens from across the U.S. to advocate for better local and regional air quality."

According to a 2022 report from the American Lung Association, over 137 million Americans live in areas with poor air quality. In addition, communities of color and low-income neighborhoods are disproportionately impacted by air pollution — and the issue will only get worse with climate change.

To kick off the new program, Wright will partner with the Timothy Smith Network, a Boston-based learning center, to hear directly from teens about their questions and concerns around air quality.

The feedback will help TEMPO researchers and Smithsonian educators develop investigations and activities, using TEMPO data and other easily accessible data, that young adults can apply to better understand air quality in their own neighborhoods. The activities will be co-developed with educators from the Snug Harbor Cultural Center & Botanical Garden in Staten Island, New York and the South Dakota Discovery Center in Pierre, South Dakota. Both sites will host pilot programs that will be evaluated and refined for educational effectiveness and eventually rolled out nationally through the Smithsonian's Learning Lab.

Wright's ultimate goal is to make teens feel competent and empowered to conduct their own air quality research projects and then use their findings to engage in environmental advocacy for their communities.

"We hope to develop young people's skills of inquiry, data analysis, and science communication so that they can help solve issues that matter to them," says Wright.

Wright anticipates that the pilot program, named 'Breathing Easier: Supporting Teen Air Quality Investigations,' will be up-and-running at the two partner organizations by 2023. The program is funded in part by the Jeff Bezos gift to the National Air and Space Museum.