The TEMPO instrument has been fully integrated onto its host satellite, bringing it one step closer to launch. 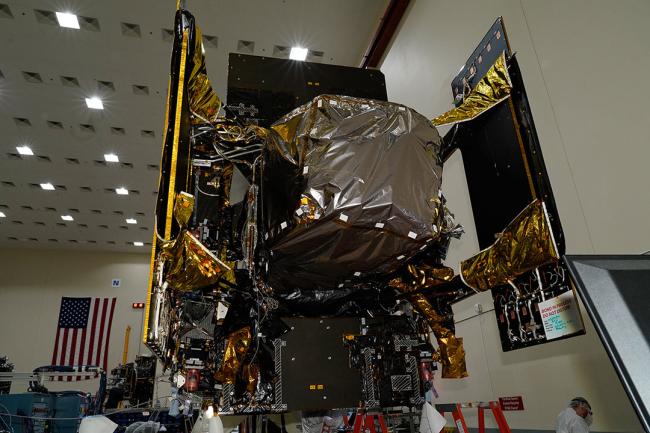 From its geostationary orbit — a high Earth orbit that allows satellites to match Earth's rotation — TEMPO will take hourly daytime air quality observations at an unprecedented spatial resolution. Its measurements will reach from Puerto Rico and Mexico to northern Canada, and from the Atlantic to the Pacific, encompassing the entire lower 48 United States.

Physicist Kelly Chance, of the Center for Astrophysics | Harvard & Smithsonian in Cambridge, Massachusetts, is the principal investigator for TEMPO. Ball Aerospace built the TEMPO instrument.

"The completion of TEMPO Instrument integration with its host satellite will allow Intelsat IS40e to transition into environmental testing, which brings us one significant and exciting step closer to launch," said Kevin Daugherty, TEMPO project manager at NASA's Langley Research Center in Hampton, Virginia.

Environmental testing will include thermal vacuum, dynamics and electromagnetic interference and compatibility. These tests will ensure the spacecraft will successfully endure conditions it will be exposed to during launch and in the harsh environment of space. TEMPO is currently targeted to launch aboard a SpaceX Falcon-9 rocket in January 2023.

After launch, TEMPO will form part of an air quality satellite "virtual constellation" that will track pollution around the Northern Hemisphere.