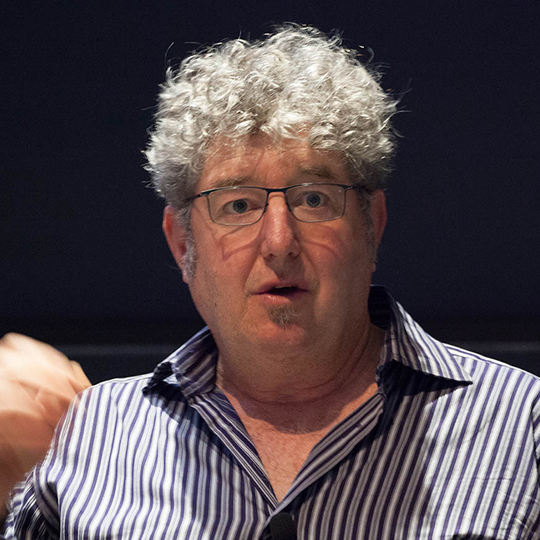 Jonathan Weintroub is an electrical engineer and scientist at the Harvard-Smithsonian Center for Astrophysics. He leads the digital signal processing group for the Submillimeter Array (SMA), an eight element open-skies radio interferometer located on Maunakea in Hawaii. The SMA operates at frequencies of 230 GHz and above, and thus demands very wideband signal processing. Dr. Weintroub led the group which designed and deployed the "SMA Wideband Astronomical ROACH2 Machine'" (SWARM) a 48 GHz bandwidth correlator and phased array, which transformed the utility of the SMA when it was commissioned as the primary facility back end in 2017. He facilitated instrument development for the Event Horizon Telescope (EHT) a global VLBI interferometer, which includes the SMA as a station, and which made the first image of a supermassive black hole on Schwarzschild radius scales, revealing the shadow due to strong field general relativity.

Announcement of the Next Generation Event Horizon Telescope Design Program