Our modern understanding of gravity comes from Albert Einstein’s theory of general relativity, which stands as one of the best-tested theories in science. General relativity predicted many phenomena years before they were observed, including black holes, gravitational waves, gravitational lensing, the expansion of the universe, and the different rates clocks run in a gravitational field. Today, researchers continue to test the theory’s predictions for a better understanding of how gravity works.

Center for Astrophysics | Harvard & Smithsonian astrophysicists research the predictions of general relativity in many ways:

A Century of Relativity

Albert Einstein published his full theory of general relativity in 1915, followed by a flurry of research papers by Einstein and others exploring the predictions of the theory. In general relativity (GR), concentrations of mass and energy curve the structure of spacetime, affecting the motion of anything passing near — including light. The theory explained the anomalous orbit of Mercury, but the first major triumph came in 1919 when Arthur Eddington and his colleagues measured the influence of the Sun’s gravity on light from stars during a total solar eclipse.

Physicists made many exotic predictions using general relativity. The bending of light around the Sun is small, but researchers realized the effect would be much larger for galaxies, to the point where gravity would form images of more distant objects — the phenomenon now called gravitational lensing. GR also predicted the existence of black holes: objects with gravity so intense that nothing getting too close can escape again, not even light.

General relativity showed that gravitation has a speed, which is the same as the speed of light. Catastrophic events like collisions between black holes or neutron stars produce gravitational waves. Researchers finally detected these waves in 2015 using the Laser Interferometer Gravitational Observatory (LIGO), a sensitive laboratory that took decades to develop.

For many aspects of astronomy — the motion of planets around stars, the structure of galaxies, etc. — researchers don’t need to use general relativity. However, in places where gravity is strong, and to describe the structure of the universe itself, GR is necessary. For that reason, researchers continue to use GR and probe its limits. 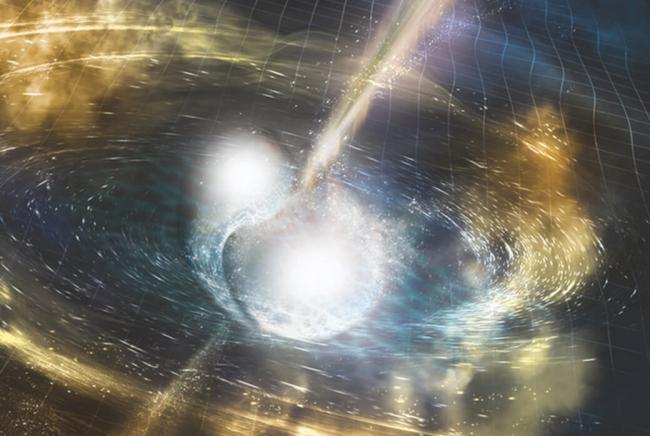 Harvard University Department of Astronomy, Institute for Theory and Computation
The Big Bang theory of cosmology successfully describes the 13.7 billion years of evolutionary history of our Universe. However, it is known that the origin of the Big Bang is incomplete. We are interested in finding out what caused the Big Bang, and the physics involved in this primordial epoch. We study physics, build models and propose observables for the primordial universe using quantum field theory, general relativity and/or string theory, and test them with data from astrophysical observations.
1