Learning about the universe and its contents requires the right tools. Much of research is about creating those tools: new telescopes, detectors, spectrographs, and other instruments needed to see farther and clearer than ever. Developing instrumentation is an essential part of research, involving astronomy, physics, materials science, and engineering.

Every aspect of modern astronomy relies on technology. The job of a telescope is to focus light, but it’s the job of instrumentation to turn that light into something scientists can use. These instruments collect light, split it into its component colors, count photons, and capture particles. Each telescope, detector, and probe requires its own particular instrumentation, sometimes with multiple instruments to handle different aspects of observation.

The Center for Astrophysics (CfA) has developed instrumentation for many telescopes, space probes, and other projects. These instruments are useful not just to researchers within Harvard and the Smithsonian, but to the community of astronomers around the world. Next-generation instruments will lead to discoveries that will shape research in the future. 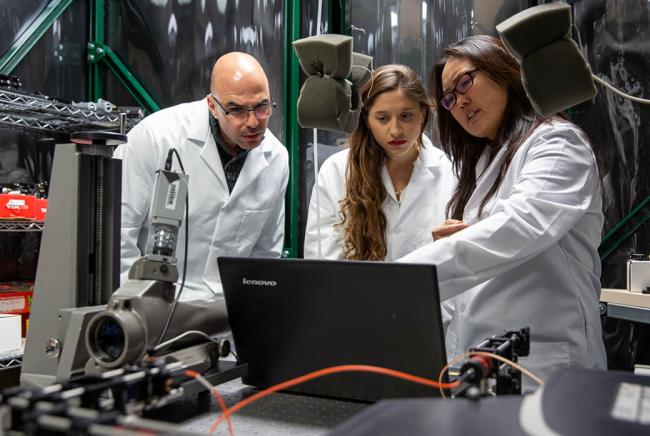 Sagi Ben-Ami, Juliana Garcia-Mejia, and Surangkhana Rukdee at work on the GMT-Consortium Large Earth Finder (G-CLEF). This high-precision instrument will be used on the Giant Magellan Telescope to find Earth-like planets. 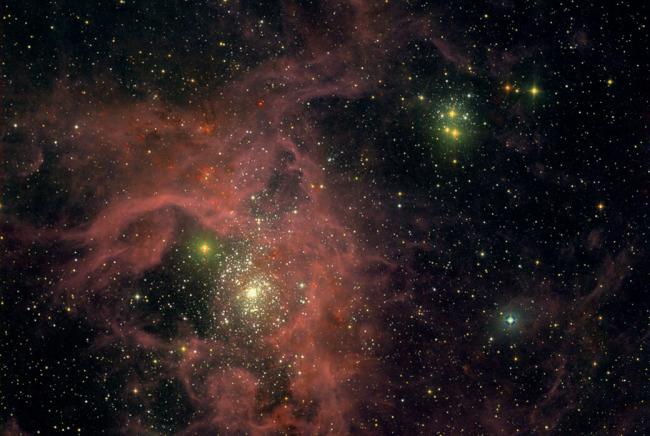 The Tarantula Nebula in the Large Magellanic Cloud is a huge star-forming region. The MMT and Magellan Infrared Spectrograph (MMIRS) on CfA's MMT Observatory allows astronomers to study such regions in detail. 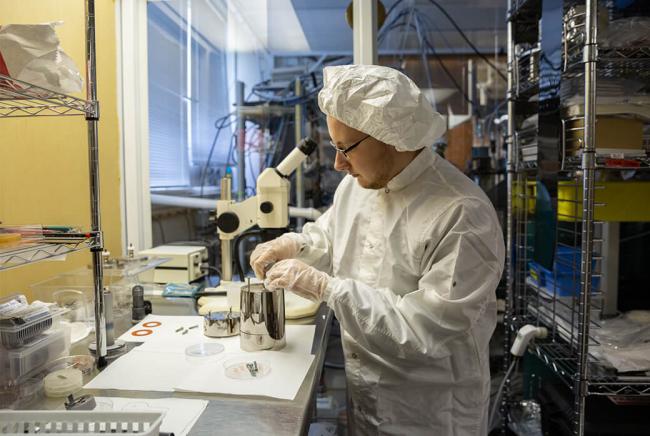