The Solar System has an abundance of worlds with solid surfaces. The terrestrial planets, Earth’s Moon, the asteroids, and various other bodies are made of rock and other solid materials, which bear signs of their formation and history. Planetary geology is the way researchers study the cratering, weather, volcanoes, and other processes that shape worlds in the Solar System. 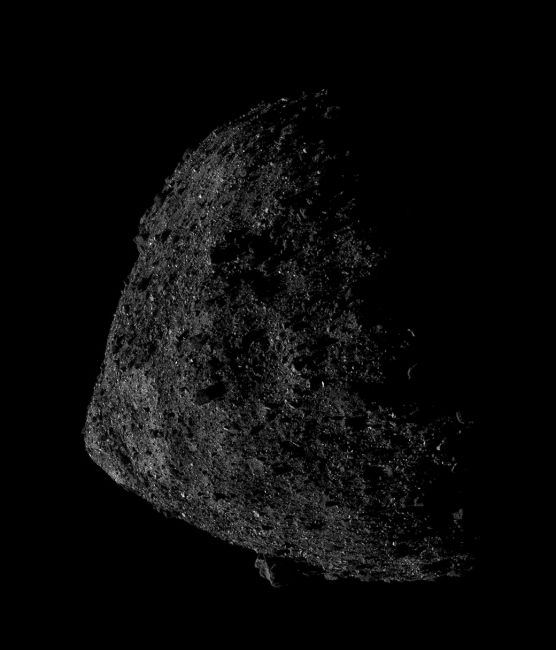 NASA's OSIRIS-REx spacecraft captured this close-up image of the near-Earth object Bennu, which is a "rubble-pile" asteroid. The geology of other worlds — including asteroids — is part of the story of how rocky planets like Earth form and evolve.

The Geology of Planets

In addition to the terrestrial planets — Mercury, Venus, Earth, and Mars — planetary geology is devoted to understanding the materials making up the moons, asteroids, and other Solar System bodies. Though “geology” literally means “study of Earth”, the field of planetary geology carries what we’ve learned here to other worlds. Scientists have found water and volcanoes throughout the Solar System, observed different types of minerals on asteroids, and discovered subsurface oceans on icy moons. While Jupiter and its fellow gas giants are excluded, every other world in the Solar System has some kind of solid surface, which bears signs of its particular history.

Modern planetary geology began with the construction of space probes that traveled to the Moon, Mars, Venus, and beyond. Advanced telescopes also identify materials on the surfaces of planets, moons, and asteroids by the way they absorb and emit light. Several missions — including NASA’s OSIRIS-REx spacecraft  — are designed to bring samples of surface materials of Mars and asteroids back to Earth for laboratory analysis. Students at the Center for Astrophysics | Harvard & Smithsonian developed the Regolith X-Ray Imaging Spectrometer (REXIS) instrument for OSIRIS-REx, in collaboration with students at MIT.

An exciting development in planetary geology comes from exoplanets, which are worlds orbiting other stars. Many of these planets are “super-Earths”: worlds that are larger and more massive than Earth, but still made of rocky material. We are just beginning to understand these planets, since we don’t have any examples to study close at hand. In particular, researchers want to know how geological processes might differ on super-Earths, and whether they might be capable of supporting life.